Following on from writing to Delia about the traumatic time I tried to follow her boiled egg recipe , I am writing to you about the time I made your Baileys Tiramisu.

I have a large bottle of Baileys in my fridge which my Dad got me for my Christmas present, a month later he died, so sadly this will be the last bottle of Baileys he ever got me. As it happens I am not that keen on Baileys but I used to be when I was 18, and every year since then my Dad or my brother bought me a bottle of Baileys as a Christmas present. I have never had the heart to tell them I don’t really like it, and since on Christmas day it is a bit nice in a coffee and its okay in an emergency “no wine in the house situation” so usually by the following Christmas I might just about finish the dregs of last years bottle so would be timely for next years bottle.

Anyhow my mum came to stay this week and she suggested making a Bailey’s tiramisu to use the bottle up as I am not keen on drinking it these days. I happen to love tiramisu so I decide that is a genius idea. When I later nip to the supermarket for some essentials I remember the tiramisu plan but failed to bring the ingredients list with me, but a sneaky look at a packet of ready made Tiramisu in Sainsburys tells me I need cream, marscapone, and sponge fingers. I figure I have coffee at home and it will all be fine.

Of course when I get home and look up your recipe here, I discover I am missing some of the crucial ingredients and don’t have the right amounts of anything. So I am going to share the LadyCurd version (my amendments are in purple) of your Baileys Tiramisu.

Serves: 12 (or should if you have enough ingredients!)

So yeah absolutely fab recipe Nigella- with hindsight halving all the ingredients properly except for the alcohol was possibly a mistake [hic]. I think my version needs a touch more coffee flavouring and liquid to the sponge fingers so another espresso would have been ideal. But all in all I am very pleased with it- LordCurd doesn’t like Tiramisu and obviously the kids can’t have any so it’s a lovely indulgent desert for me to eat up swiftly in next couple of days.

A very fitting tribute to my Dad’s last ever bottle of Baileys Christmas Present.

P.S It has two raw eggs (and half all the other non alcoholic ingredients) in – how long do I have to eat it up if I made it on Tuesday Night?

I don’t really cook as LordCurd is a fabulous cook so he tends to do all the cooking in our house.  However I just wanted you to know that ever since I was old enough to boil an egg, without fail I have had to look up the “recipe” in your How to Cook – Book One.   It is my Boiled Egg Bible.

However unfortunately rather than solving my “how long do I fecking leave them in for!?” it then seems to create more cooking conundrums:

and so on. So I often then end up rereading your 4 page preamble into the world of eggs just to refresh my knowledge…..

So now we are at least 20 minutes into my attempt at following your recipe to make a very quick and simple meal for my me and my daughter.

In fact let me share with you in detail exactly how my attempt to make boiled eggs for me and my eldest daughter went last night following your recipe:

And that Dear Delia- is “How to Boil a Fucking Egg” in my house. 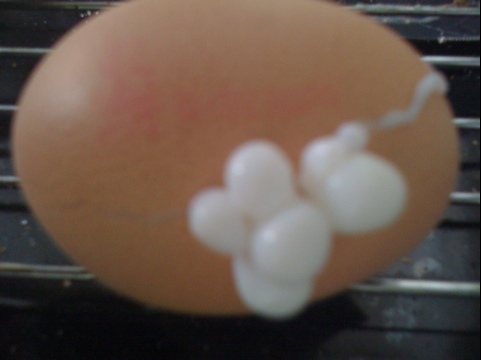 Your marvellous bible that teaches me how to boil an egg. 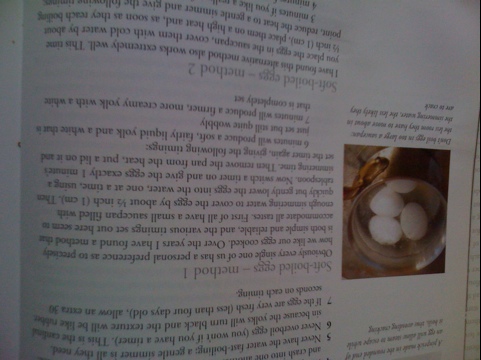 Might have helped had it not been upside down